Zinc Football Academy are the Champions of the Rajasthan League A Division 2021 with a GD of +13. The squad was the youngest in the league with all players under the age of 18.

Rajasthan League A Division is being conducted by the Rajasthan Football Association to determine entry in to the 2nd Division League (I-League Qualifiers).

Eight clubs will play each other in a single leg format.

JECRC Club Football are the WINNERS of the first ever Rajasthan State Men‘s League!

They won their final league game against Mewar FC by four goals to two to clinch the 2019 title.

The Rajasthan Football Association will recommend the winner to be an entrant into the 2nd Division League. 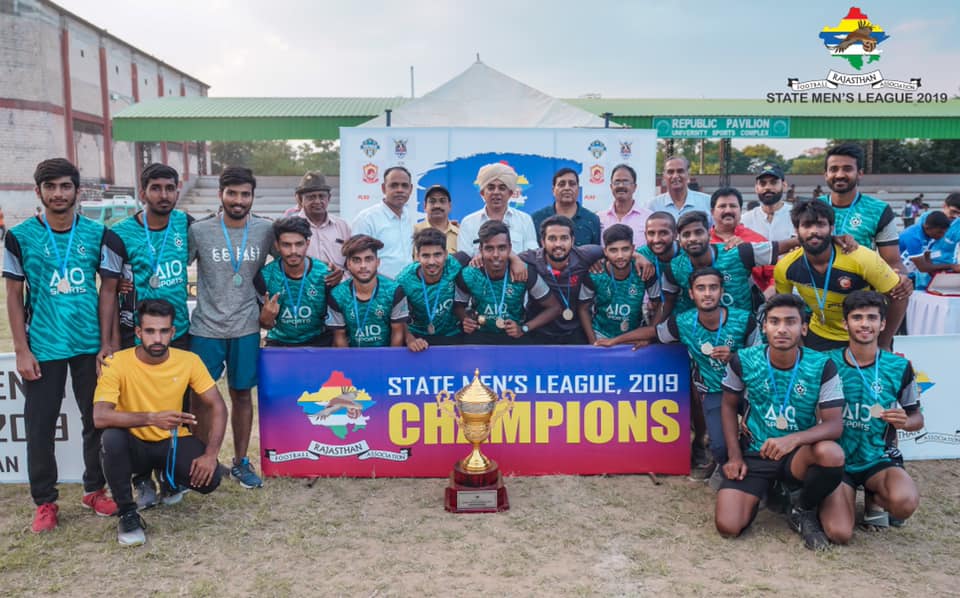