The 14th Manipur State League is now expected to begin on March 18th 2021.

17 teams will compete and there will be no relegation.

“The All Manipur Football Association (AMFA) has stated that the intervention of Directorate of Youth Affairs and Sports over holding of football tournaments was undesirous.”

Youth Affairs and Sports, Manipur has instructed AMFA to cancel the Manipur State League and other tournaments the FA were planning to hold in December due to the prevailing COVID situation and lack of SOPs for these events.

The 14th Edition of the Manipur State League (2020-21) organised by All Manipur Football Association (AMFA) is likely to commence in the first week of December 2020.

This is the 13th edition of the Manipur State League.

The tournament will be played on a home and away basis.

The Manipur State League has been placed on hold due to the coronavirus outbreak at least until the first week of April 2020.

The league will resume after a break for Yaosang.

United Khawzim Brothers (UKB FC) have been fined 10,000 rupees and their player Jonathan Ginthanlal has been suspended for six months after the player was found not registered under the CRS.

TRAU FC’s matches have been rescheduled and dates will be announced later.

Manipur State League has been postponed due to non-registration of players. 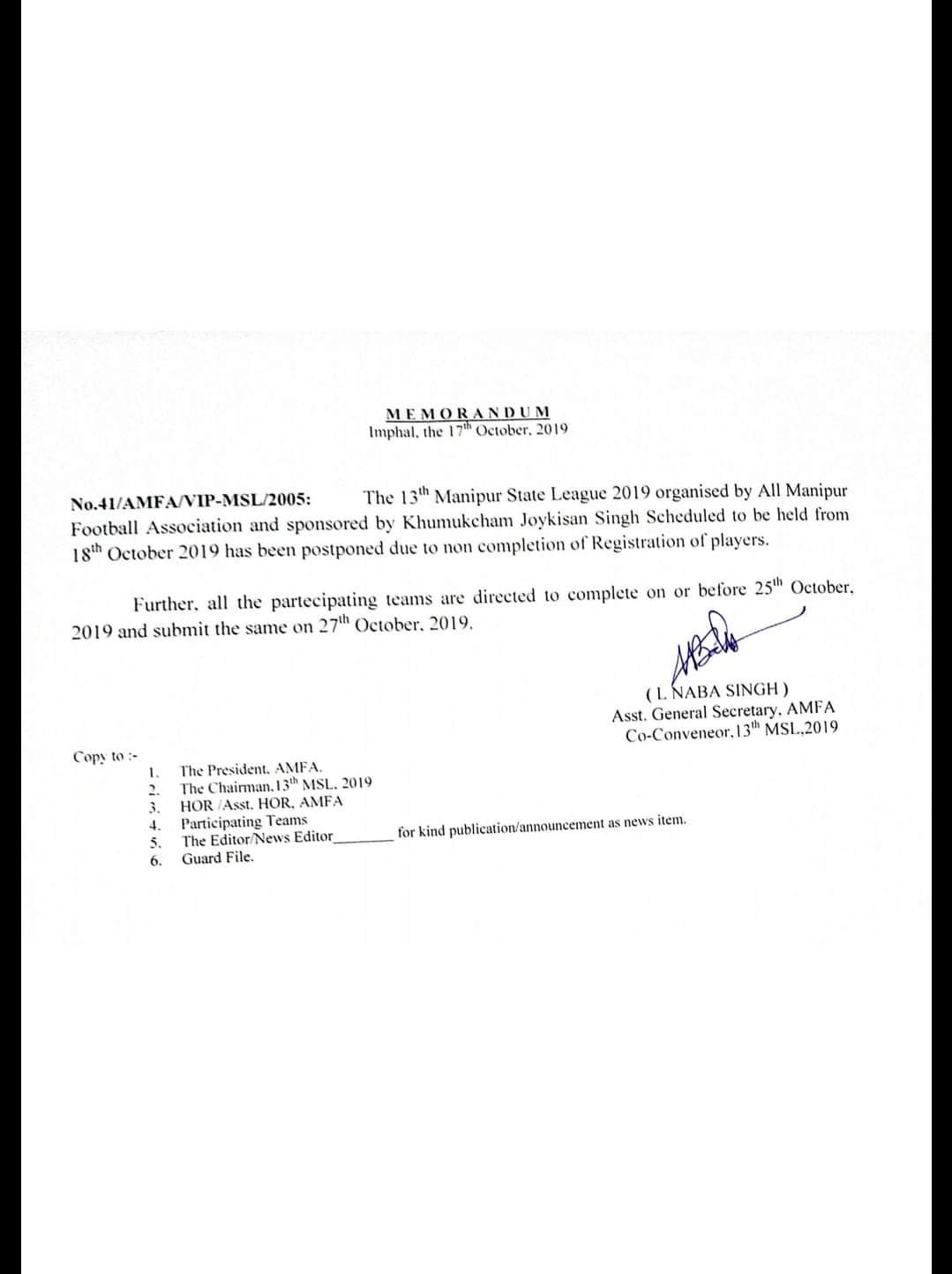 LATEST from the Manipur State League

Feed won’t be displayed if there are no recent updates.